Hire the Top 3% of Freelance Sketch?Experts

No-Risk Trial, Pay Only If Satisfied. 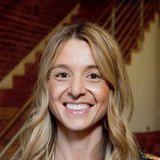 Katrina is an innovative user experience and interaction designer with more than a decade of experience in product design for the web, desktop, mobile, and embedded applications. She creatively translates complex problems into elegant, usable solutions that exceed expectations and across devices. She approaches product design with a broad experience, a big picture focus, and a passionate user advocacy. 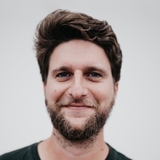 Mathieu is a passionate visual designer who meticulously crafts UX/UI designs, product designs, web designs, and motion animations. He keeps up to date with industry trends via his research on substantial apps. He and his partner run a Paris-based mobile agency where he also works as an art director while his partner handles the visuals and branding. Mathieu expresses himself well and has worked for large companies and startups.

Ahmad started his career as a web designer in 2007. Until this day, more than 300 clients have used Ahmad's services, and he's completed more than 500 jobs, including designs for varied UI/UX, websites, and graphics. He is keen on implementing excellent UX designs and meeting world-class standards. Ahmad's expertise became more polished when he entered the world of web design competitions where he won many top-notch contests. 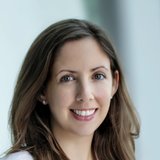 Erin has over ten years of experience in product design and agile product management leading a variety of responsive web and native app projects for eCommerce, B2C, and B2B organizations. She works with organizations ranging from startups to large Fortune 500 companies to create inspired and innovative products. She also enjoys helping build out new agile product teams and is well versed in Agile, Scrum, and Kanban.

Myles is a skilled designer who works in a number of platforms, including desktop, web, mobile responsive, and native mobile apps. He currently focuses on UI/UX with a particular interest in solving complex data by design. With a pixel-precise eye to detail, Myles centers his work around usability and information organization and uses his development experience to blend modern design with upcoming technology standards. 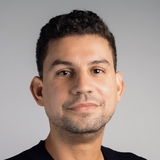 Jason is a senior UX designer at Mitel and Toptal, helping teams all over the world to design intuitive experiences for digital products. Over the last decade, he's had the opportunity to design experiences for many businesses and industries such as medical/healthcare, entertainment, fintech, and telecommunications among others. 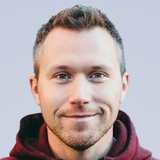 Evgeny is a self-described hybrid designer which means that he's very experienced and successful in both UX/UI and visual design. He has over 15 years of experience in designing the UX/UI for web and mobile applications across a broad range of industries including the internet of things (IoT), retail, computer games, design, real estate, and entertainment. His specialties are UX design, UI interaction design, and mobile/web application design. 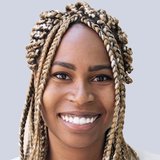 Danielle is a seasoned UX/UI product designer, specializing in the fintech market. Collectively, she's helped companies raise over 18 million in seed and VC funding in the last two years. Her interfaces have serviced over 100 million users. Data drives Danielle's designs which are often powered by React. She believes in staying lean and testing regularly. Danielle works well in small teams and with first-time founders. 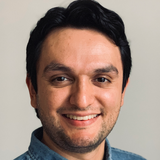 United StatesToptal Member Since May 3, 2018

Felipe is a multidisciplinary designer who is a maker at heart. Felipe has managed the creative process for over fourteen years as a professional creative within the advertising, digital, graphic, and service design industries.?Specializing in UI/UX, visual design, branding, and art direction, Felipe is driven by a passion for clean and functional design. 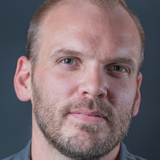 Dan has been a designer for the past 15 years and is fortunate enough to have worked with some amazing people to create some awesome digital experiences for big brands. He's always had a passion for building things from nothing and seeing it through to the end. 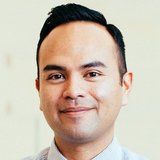 As a lead UX strategist and designer, Abe operates at the convergence of business, design, and technology to partner with enterprise, B2B, and B2C companies to align business objectives to user needs and define a clear pathway to desired outcomes. He is a creative leader with a human-centered, lean UX methodology that results in thoughtful design systems that scale across user archetypes and devices.

... allows corporations to quickly assemble teams that have the right skills for specific projects.

Despite accelerating demand for coders, Toptal prides itself on almost Ivy League-level vetting.

Michael is an incredible designer, and has been a great fit for our project. He just gets it in a way that can’t be taught. My goal was to pay Toptal to find me a high quality designer for my project, and that is exactly what happened. It was easy. Being able to see the portfolio work on Toptal’s platform is what gave me the infomation I needed to choose Michael. I have nothing but good things to say about Toptal and am looking forward to using Toptal for other projects in the future.

I've worked very closely with Martina for over a year and have to say she is one of the best people I have ever worked with. Instead of simply following instructions blindly, she thinks through the task at hand, becoming a thought partner to help with whatever the project may be. Besides being super talented at design, she possesses specific qualities that make her exceptional to work with given the fast paced nature of being a startup. I would definitely recommend her to anyone looking for a talented, professional designer who doesn't need much direction to hit the ground running.

Darko did a great job figuring out the user architecture for our concept, which led him to produce terrific wireframes. His knowledge of usability and design was a perfect match for the outside voice we needed to help jumpstart our project. We would certainly recommend him and work with him again in the future.

Carlos has the unique talent of blending both quantitative and qualitative research to keenly identify UX challenges and opportunities. He thinks methodically, emphatically, and holistically to produce data-driven strategies and well-executed designs. Over the past 8 years of working with fully or partially distributed teams, Carlos manages working remotely far better than anyone I've encountered because of his strong communication and presentation skills. He is the first on my list the next time I need a UX designer.

Rafael is an amazing designer. His aesthetic sense is spot on, and he seems to be able to anticipate our needs before we even know what they are. He's taken the time to understand both our company and our clientele, and his solutions are consistently in-line with our values, interests, and our customers' needs. He delivers on time (if not earlier), works quickly, is well organized, and very effective. He's a pleasure to work with, and we're very happy to have found him through Toptal.

Toptal gave us access to the best designers out there. They’re not easy to find. Those designers integrated very quickly with our existing teams. They very quickly understood our business case and the value of our solution. Toptal really allowed us to focus on building the best possible product and save a lot of time on the typical administrative pains that goes with it -- specifically, finding the best talent. Toptal designers were very responsive, always online -- and that made life very easy for us. We have ambitious goals on how to grow the application and already Toptal has been a key contributor to that success.

We had an amazing experience working with our Toptal designer. In only two weeks, we accomplished what would've taken most companies 3 months to complete. We also enjoyed working with the Toptal team to make sure we were paired up with the right designer that would fit both our company culture and working style.

Dean blew us away. He ranks right up there as one of the top five designers of the hundreds I have worked with in the past. He listened, was totally professional, and came up with a 3D rotating cube design completely on his own. We didn't even ask for it, and yet it has become the centerpiece of our app and how users engage with it right off the bat. What he produced inspired all of us at Votify, and put us on track for launch and investor funding.

How to Hire Sketch Experts through?Toptal

Talk to One of Our Industry Experts

A Toptal director of design will work with you to understand your goals, technical needs, and team?dynamics.
2

Within days, we'll introduce you to the right Sketch expert for your project. Average time to match is under 24?hours.
3

Work with your new Sketch expert for a trial period (pay only if satisfied), ensuring they're the right fit before starting the?engagement.

Atomic Design and Sketch – A Guide to Improving Workflow

Figma vs. Sketch vs. Axure – A Task-based Review

Top Sketch Experts are in High?Demand.